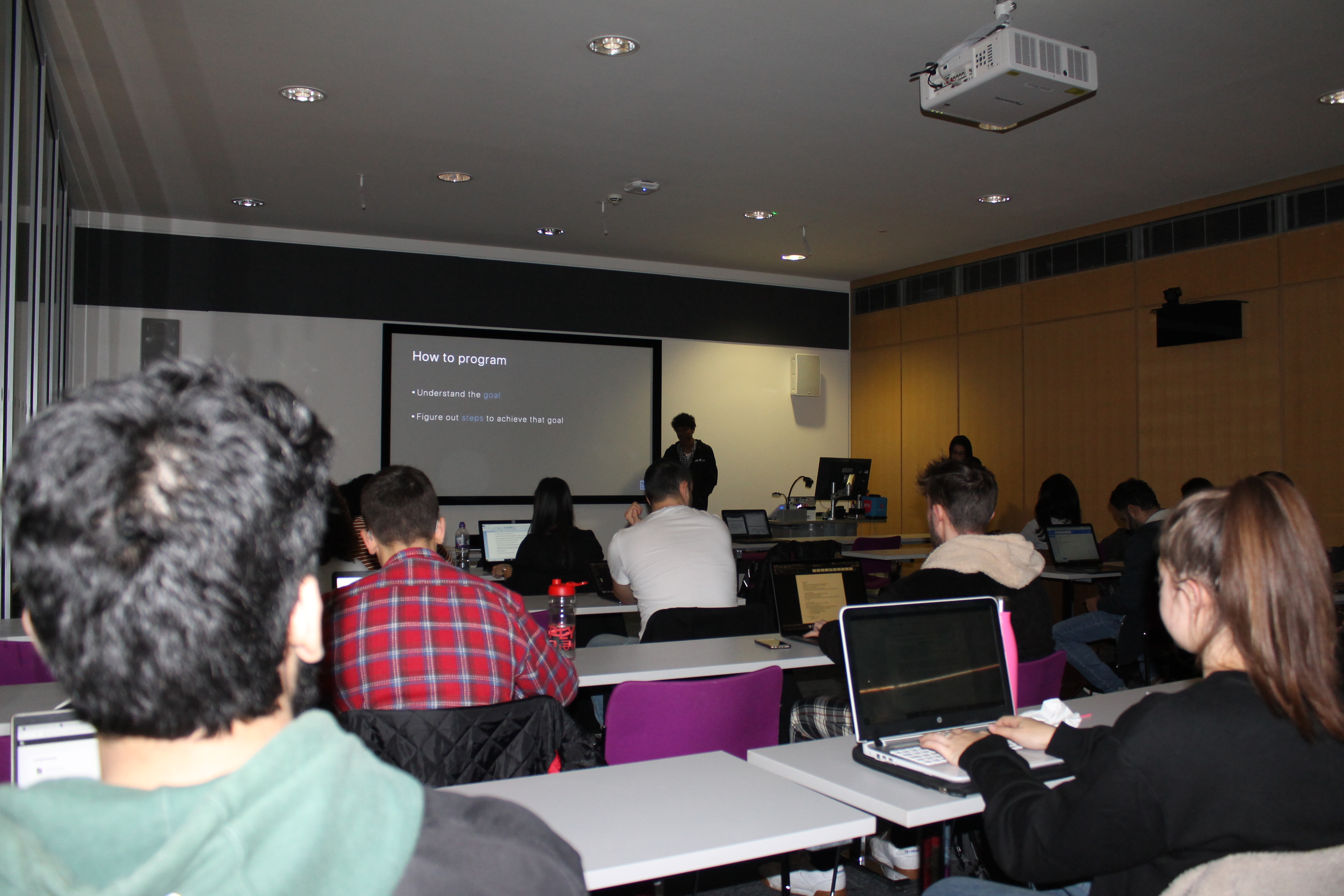 This week, we had our last session for wave3, and even though I was confident we had achieved success in delivering the course, I underestimated how successful and how much of an impact this wave had made

This week, we had our last session for wave3, and even though I was confident we had achieved success in delivering the course, I underestimated how successful and how much of an impact this wave had made. As mentioned in our documentation on delivery structure; we had decided to change the way we deliver our sessions to our learners. This was done to ensure that more emphasis is placed on communication and collaboration, so that the courses better represent the industry.

Over the past 8 weeks, our learners have been introduced to the web, from a developer point of view; looking at HTML, CSS, and JavaScript, as well as the background of web technologies. After some theory into why and how it came about, the learners had the chance to try out HTML and CSS for the first time. Once they were confident, we moved on to the basics of programming, then JavaScript. Over the course of 5 weeks, our learners attempted over 10 tasks related to structuring, styling, and interacting with web-pages, and as each week went by, they became more and more confident. 💪 During this, they were introduced to tools like slack (for communication), and GitHub. By the end of week 5, our learners became familiar with the basics of versioning, and cross team communication. By this time, it was clear that they were ready to apply those skills and start collaborating.

We started off this week’s session by giving the learners a chance to finish off their #PFProject, which they had been working on for the past 4 weeks, making use of everything they picked up during their time at ProjectFunction. Once our weekly dose of pizza arrived, we had a break ??. During this break, learners working on different projects started talking to each-other; some spoke about their life outside of PF, whilst others discussed their projects and prepared for their demos. It was such a heart-warming scene. 💙

Once our break was over, we prepped for the learners to demo, and when I asked who was willing to demo first, everyone was keen to go first - they were all excited to showcase what they had done and what they had learned.

After a discussion amongst themselves, team Orang opted to go first and demoed their Nottingham Tourism Hub website which they had created all by themselves. Their website featured the top spots in Nottingham, as well as the rating of each spot… in ducks. After seeing what they had created in just five days as a team, I felt so happy - It was clear that ProjectFunction was working, and what we were doing actually had a great impact. Plus, the learners involved met new people, and had fun along the way.

Next, we had Hana come up and demo her personal portfolio which featured her skills, links to her social media, as well as a timeline of her experiences so far. It was great to see her take the basic web development skills and bring it to a whole new level by creating something that would represent her online. When I initially spoke to Hana about her demo, she told me that there was not much to show and that her presentation would only last a few seconds. However, once she was in front of the class demoing away, she really got into the presentation and gave us some insight into her project.

And finally, we had team AB close off the demo by showcasing their digital Art Gallery website, a creation which took them just a few days to create. Despite the fact that the members of this team had missed some weeks of ProjectFunction, they were able to take what they could and created a responsive website containing images, as well as a comment section.

When the demo was over, it was time to hand out certificates to our learners for successfully completing their course with ProjectFunction. Additionally, the top three learners who had highest engagement ratings throughout the wave received their prizes.

The learners were so proud of what they had achieved, and we were even prouder after seeing them take what we provided, and created something. Additionally, gaining some collaboration skills, GitHub skills, and communication skills along the way. We look forward to the next wave of learners, and can’t wait to see this cohort again for our traditional end-of-wave #PFMeal

You can check out the images and videos from the last session of wave 3.